Mia's journey began five years ago when she reached out to James Robert about a Digital Growth University event.

At the time, Mia was looking for clarity — to explore untapped opportunities. Since then, Mia and her team have taken their new-found clarity and used it to move forward with confidence. They’ve developed habits that provide real value for her entire organization — including tens of thousands of digital leads that have been converted into new loans and deposits. Her explanation of her organization’s transformation is one for the books.

All Transformation Begins by Telling the Truth

James Robert distinctly remembers getting a phone call from Mia five years ago. She was considering sending two of her team members to a Digital Growth Institute training program.

Mia had some big-concept questions at the time, and so James Robert asked her to reflect on what that was like. Mia said, “I'm going to be perfectly honest, and I know nothing about what we should be doing here with digital strategies. What I do know is that we're probably behind the curve a little bit, and we need to fast forward and get ourselves in the running.”

She continued, “We were just really at a stage where we recognized that we needed to do something, but we didn't know what we didn't know. We didn't have anyone on staff that was a digital expert.”

Mia explained that she really needed somebody to come in and make it happen for them. She even reached out to a local university in New Orleans and asked how she could be connected with someone to manage her digital marketing strategies and to point her toward relevant degree programs.

No one could help her.

It felt like she was trying to start in the middle.

Mia admitted, “We were a lot like other financial institutions when it came to their digital marketing. And even when I reflect back on even some of our traditional marketing, we were implementing some of those same strategies just in the traditional fashion … We were like everybody else. We said, ‘Hey, we have the car loan, we've got the rate at X percent, get a car loan through us,’ and listen, it worked. It still works in some audiences and some situations.”

A Shock to the System

Mia and her team were seeing some success, but to really see the kind of growth they were after, they realized they were approaching their sales and marketing strategies all wrong.

James Robert responded. “One of the things that I'm a big proponent of teaching is people want two things in their own personal financial journey. They want help, and they want hope, but hope more often than not actually has to come before help. And that is the greatest opportunity that I see for financial brands today is to first offer hope, then offer help. And after that, now maybe the rate and the commoditization comes into play, but that's how we break free from all of this noise.”

To move forward, James Robert and his team conducted a digital secret shopping study for their website.

Mia’s initial reaction after they got the first results?

It was hard for her to metabolize the reports. She said, “I thought while we had an awareness that we needed to step up the digital game … we didn't think we were doing so bad. We had a decent website … We were winning awards for those websites … And we had some really good results.”

But she continued. “And I walked into the room super confident, as a matter of fact, without seeing any of the results upfront, I invited my management team … And when we witnessed the user experience testing and the feedback, not from credit union marketers, not from colleague peers, I'm talking about the real people who are buying our product — the average consumers who were struggling day to day —we witnessed their feedback.”

It was a shock to the system. “I'm thinking the results are going to be fantastic. I'm so proud. My entire team is going to hear all the raves about all the things that my teams are doing that pristine and first place quality. And here we're sitting, listening to the consumer, say, I wouldn't do business with this credit union because you know what, I don't know what APY means. I don't know what key lock means.”

And then? These consumers would abandon the site.

Mia remembers this as a humbling experience. “We thought we were doing it great. Clearly, we're doing it wrong. And we called an audible.”

In a matter of nine months, Mia and her team rescripted, reframed, and relaunched their website. Since then? Things have been much different.

James Robert stated that this was what set Mia and her team apart. “I don't see this with many financial brand leaders. They get that knowledge, they get that insight, but they fail to take action on it for one reason or another, but you guys took a different approach.”

Within months, Mia and her team created a website that actively sells while also launching online banking. Mia continued with this thought, “I said this is going to go one of two ways. Either I'm going to have to freshen up my resume, or we're going to be superstars on this marketing team.”

Concerning the new website, Mia explained, “We built this for that consumer that really wants to help. No one wants to be embarrassed when they talk about money. So we wanted to empower them, educate them, put them at the front side of that consumer buying journey. And it's been … very fruitful so far.”

It's really an exercise in empathy. Within the industry, professionals don’t know what’s happening on the consumer side when it comes to financial services; there's a lot of lack of knowledge and lack of awareness.

The Louisiana Federal Credit Union website started creating value almost instantly. No longer was there a single call to action to apply for a loan. The website was aware of the full consumer journey to bridge the gaps between how people shop and buy. Mia’s new site was answering their questions, filling all of these different digital leads, and nurturing these leads.

One of the largest challenges that Mia felt that she faced was standing in front of her leadership team and asking them to abandon traditional marketing strategies that are thought to be tried-and-true ways of reaching customers.

She explained, “When you're standing in front of a board and a leadership team and saying, ‘I need you to invest — not spend, and not an expense — but invest in what we're doing’ … it's tough. … If we even want to survive in this industry, this is what we have to do. … Let's learn, let's be humble, let's be realistic. And let's take the user experience testing to heart, and let's not take it personally.”

Mia continued. “Listen, I remember putting the final touch on the old website and thinking, ‘Wow, this is amazing.’ And when we sat there and listened to the real feedback, I really had to humble myself and say, ‘Maybe it was good five years ago, but it's not good anymore. It's not solving the consumer's problem today.’ So … my job is to really be the cheerleader and the lobbyists for digital strategies, with my board, with my team to say, ‘Folks, we have to see what's happening in the industry and the way people buy.’”

James Robert pointed out a few key ideas in what Mia had to say. “You are a teacher, a trainer, an educator, a guide whose primary role in this instance is to help the unaware become aware of what the opportunities are in the first place.”

James Robert continued, “You're sharing that with others to help build their courage and commitment, then you're applying that.” What comes next? “You're reviewing what's worked, what hasn't, and then you're distilling insights from that to go through that next round of learning.”

Mia agreed, adding that when it’s time to make changes, it’s okay to be ruthless. “We just say, don't get romantic about anything we've produced in the past … even if you know, it's something that [I] created, built, architected, signed off on, won an award for. If it's not working, I want you to challenge me and say, ‘Mia, you know that's really not working.’”

It’s all about creating a space where it’s okay to challenge what’s not working, no matter who has created it and let it go. Mia explained, “So we don't attack the author, we attack the issue, we attack the behavior at hand, and we've got to be okay doing that.”

How does Mia accomplish this feeling of safety while being free to challenge ideas within her team? She explained, “Well, I think some people say it, but they don't really mean it.”

It’s about creating a culture where speaking up is celebrated. Concerning this culture, Mia said, “And I will respect and value you so much more if you feel like you can [tell me]. And they really see that I'm championing them, and they see that I have their best interests and their success at heart, and it's not just lip service.”

James Robert said this was about creating a change in communication — about bringing about transformation instead of “change.”

He continued, “Transformation. … When you talk about transformation, it's about being an even better version of yourself [and]  about being an even better version of the organization [and] of the team. … When you're working with your team or your team’s working with others internally, add the words ‘even better’ ... because it's just optimizations building upon a foundation. That one little word that I've found over the years has actually helped to improve internal communication and morale.”

James Robert asked Mia what she would recommend for those looking to make similar transformations.

Mia responded, “I think the biggest thing, the roadblock that people face is, we don't like to admit sometimes when we don't know all the details about something new, especially when we're being asked to do more with less in terms of talent, time, and resources. Don't be afraid to start with small bits, commit to the talent, [and] commit to the resource.”

“Listen, there was a time where we didn't know what sales lead meant.  Well, I have to admit that there was a time where I didn't know that. And now we're talking about implementing pre-application processes where we're evaluating and seeing an enormous return on investment from abandoned applications and our ‘shopping cart,’ when our members abandoned auto loans and credit card apps, we're converting those. And I sound like I know what I'm talking about, but I tell you that's my team's work. I have entrusted them to be great,  and we're seeing the results.”

James Robert added, “Progress, not perfection. Keep moving in the right direction, have a marathon mentality. … So run the good race, do good work.”

That’s what it’s all about. Making small shifts over time that can have a big impact. Digital growth can be as simple as shifting your mindset to one of empathy and of gaining consumer trust. When you fully commit to this mindset with courage, then growth can follow.

This article was originally published on February 12, 2021. All content © 2021 by Digital Growth Institute and may not be reproduced by any means without permission. 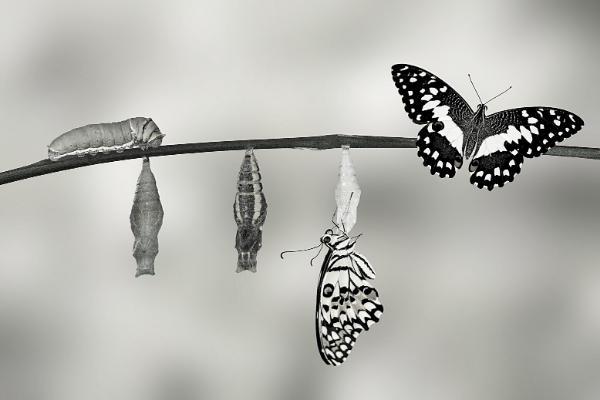 Technology Shouldn’t be the Focus for Transforming Your Financial Brand 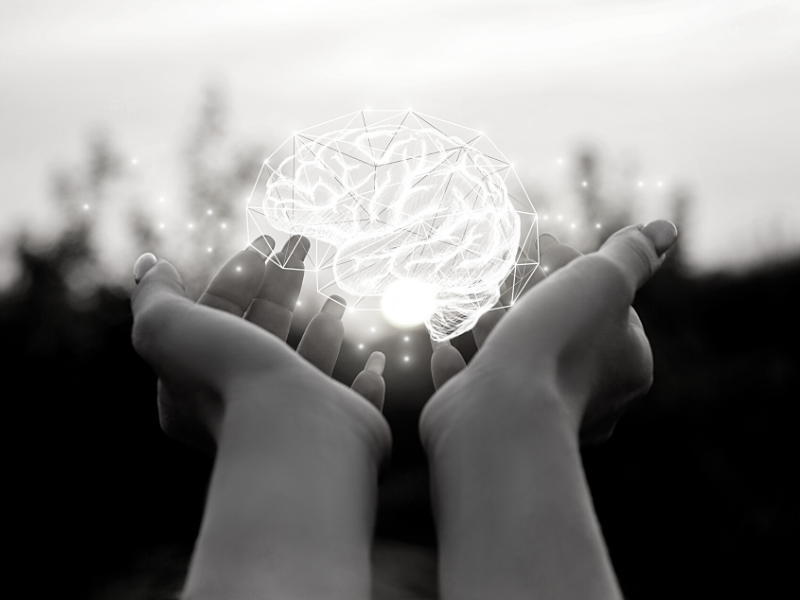 Using Your Brain to Change Your Financial Brand for Good