Building Your Brand From the Boring Middle

“If you don't take care of the stuff you're doing to build a great product and you don't figure out a way to nurture, build, grow, get feedback, iterate, and tie all that together in the middle ... You're not going to win.” -Chris Snyder

Is your brand too focused on shiny objects? Are you putting so much energy into the top and bottom of your enterprise that you’re forgetting about the vitally important “boring middle”?

The Inspiration Behind Banks.com

Banks.com is a number-one ranked domain that is democratizing access to financial information. The site not only educates people but empowers them in the communities they serve.

This revolutionary approach is by design and is a built-in part of Chris' personality. He relates a story about the founding of Banks.com that shows the importance of seizing opportunities, breaking down traditional systems, and jumping off the cliff when it comes to establishing a fintech business.

“I'm in New York at a client site,” Chris says. “They happened to invite me to a Christmas party, which I don't usually attend, but I'm like, ‘Oh, what the heck?’ I meet the chief revenue officer from a publicly held company who loves that I love data, and loves that we're about performance, and loves that we know a lot of this stuff about internet marketing … and he's like, ‘Maybe you can help us out.’”

Chris went through a portfolio of brands with the chief revenue officer and asked lots of questions. When he reached Banks.com, he could see that his past experiences with Experian and LowerMyBills - some of which weren’t altogether positive - could inform a radically new approach to Banks.com.

Rather than worrying about all the problems and complaints about the past performance of Banks.com, Chris viewed it as a chance to give the world something totally unique with enormous digital growth potential. “Instead of complaining about it, I saw the opportunity right there to own that property and fix it,” he says. “We saw the opportunity, and we jumped on it.”

How to Stop Focusing on Shiny Objects

So how do you start a new fintech business and learn to focus on the right tasks?

Trying to do too much all at one time is a path towards destruction.

Chris observes that this is a “shiny object kind of industry” where the landscape is shifting constantly and the newest, flashiest ideas always get the most press. But by chasing shiny objects, a tech innovator is always acting as a follower instead of a leader.

Don’t go where everyone else is going and compete on a battlefield where you’ll inevitably be slaughtered. Take a creative route and succeed there.

In practice, this means don’t throw away $500,000 a month on Google ads trying to compete with a dominant market force like Capital One. Find innovative ways to outcompete them without going head-on into their battlefield.

“Figure out creative ways that you can focus on yourself and build sustainable content that best represents your brand. I didn't say product, I said your brand,” Chris emphasizes. “Double down on sustainability. Move into more of a performance mindset instead of a results mindset because the results will follow the performance.”

The Long Journey of Lead Generation

One of the biggest opportunities in the fintech space is found in lead generation. But what is often forgotten is that consumers have a very long buying journey and shouldn’t be judged by their behavior only at the top or bottom of the funnel.

“Look at the big, sexy ad agencies and those brilliant commercials and how funny they are. That's at the top. Anyone exciting wants to do that.”

Most companies skip the middle and go right into bottom tasks like website development and mobile apps that are considered to be so critical for fintech businesses.

The result is a neglected middle.

Taking Time to Look at the Middle

So, what is in the middle?

For financial brands, top and bottom tasks aren’t often handled in-house. An outside agency might be designing all the ads (top). Web dev is handled by a third-party firm (bottom).

However, something from the middle is usually free from the constraints of an outside company: You can directly deal with a conversion tracking issue, get it resolved, and see the boost it gives the company.

It's like farming. It’s a huge amount of hard work and almost nobody is willing to do it, but it yields so much nourishment. So take the time to plant seeds that can be nurtured through the buyer’s journey - through content, guidance, and conversion into incredible digital growth.

Chris notes that one common mistake in his industry is getting hung up on lagging metrics instead of focusing on leading metrics. People get stuck in a mindset of “we need X many leads,” which is a lagging metric that fails to consider the bigger picture.

Stop thinking of it in a binary way, he says. Don’t view it as “we got the sale” or “we failed to get the sale.” Measure success through a broader approach that values the entire customer journey.

Chris clarifies that he’s not suggesting that fintech companies shouldn’t measure performance metrics or should just ignore them. But it’s vitally important to step outside the box and do deeper analysis that provides more insight into the behavioral psychology of the target market.

Finding Your Niche in Fintech

Chris says it’s important to realize that your competitors always have a shot at outmaneuvering you, so you must stay nimble and forward-thinking.

“It's basically an arms race to the smart content with critical thinking around how you want to represent yourself as a brand so you can own your little tiny sliver piece of the market.”

As an example, Chris points to Aspiration bank. “They are not ever going to be as big as Capital One. Never. And hey, I apologize if they think they are, but they're not because they have a very specific thing that they're providing. There's another bank, Lili bank. They're only for freelancers and that's all they do.”

These are examples of smaller companies that are accomplishing successful niche banking and branding. It’s the right fit for what many are now calling the “Age of the Creator,” where the motto is, “People follow people, not brands.”

Look at Charles Schwab, for example. The brand has 103,000 followers on Twitter, but Liz Ann Sonders, their chief investment strategist, has 143,000 followers. Liz as an individual has the potential to reach even more people than the corporate brand itself.

This dovetails with the modern concept of micro-influencers, which can bring enormous value to a brand. They might be “micro” but they have a major impact.

What Does the Future Hold?

What can we learn about the future of fintech by looking back at old successes and failures?

First, there’s no denying that the world of banking has changed dramatically. Just 20 to 40 years ago, there were no micro-influencers or Twitter followers. Enormous banking conglomerates dominated the landscape.

Today, the focus has moved to the individual buyer. Every customer matters. As Chris puts it, “Everything is democratized. Everything is decentralized. You cannot put that genie back in the bottle.”

Now, any entrepreneur can create almost anything they want to create, including their own banks. Fintech innovators don’t have to follow the typical governance and regulatory path of financial institutions. They can start by asking completely different questions.

“It doesn’t have to be a multibillion-dollar company,” Chris says, to make a difference in your life and the lives of millions of other people. “Align yourself around your core vision and values - a value system that gets you up in the morning. Sit up in your chair and love your life doing that.”

This article was originally published on October 22, 2021. All content © 2022 by Digital Growth Institute and may not be reproduced by any means without permission.

Your Customers Are Human, So Serve Their Emotional Needs

Why It’s Time to Give Banking Customers More Control 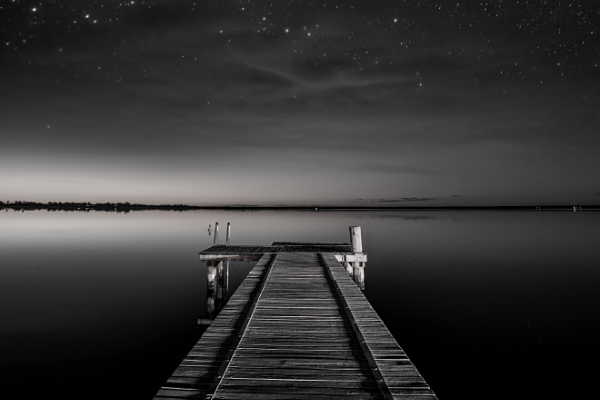