Personal Agility in the Face of Rapid Change

"I think that in times like these it's essential to keep your eye on the future because then it gives all this meaning."

On a recent episode of Banking on Digital Growth, James Robert Lay had a conversation with organizational psychologist and author of "Personality Isn't Permanent," Dr. Benjamin Hardy on how to adapt to hard, fast change.

Dr. Hardy is a practicing psychologist and prolific writer; he is the best-selling author of the book "Willpower Doesn't Work," as well as Medium's most-read blogger for three years running. His work has been read by over 100 million people, and he's been featured in such media outlets as Forbes and CNBC and in academic periodicals like Psychology Today.

Dr. Hardy spends a lot of time focusing on his goals, from spiritual, to family-oriented, and his career. He uses psychological techniques and methods in the workplace to improve employee wellbeing, efficiency, and productivity.

Dr. Hardy emphasized the need to focus on the future rather than staying rooted in the past.

For him, maintaining hope and meaning despite the chaotic nature of the world is extremely important regardless of whether you are  looking to improve the quality of your life or your a business leader looking to improve your operations.

He quoted Dan Sullivan, saying, "Always make your future bigger than your past."

Over the course of the interview, Dr. Hardy discussed his philosophy in broad strokes, anchoring it to the idea that the field of banking has been fundamentally and rapidly altered due to the COVID-19 pandemic.

Picking our way through the post-COVID world —while remaining profitable— is challenging, but Dr. Hardy has some ideas on how we can better frame those challenges.

The Trouble With Personality Tests

The energy for Dr. Hardy's book, "Personality Isn't Permanent," came from a personality test he and his wife took when they were still dating. The two of them were in college at the time, and there was a multitude of popular personality tests such as Myers-Briggs, Enneagram, and DISC that everyone was taking.

He and his wife took a similar test called the "Color Code."

The  test divided people's personalities into four different colors, each representing a cluster of attributes. The resulting combination supposedly described the test-taker's personality.

Dr. Hardy got the color white which is exactly what it sounds like: aloof, non-committal, a kind of blank slate. His future wife's parents, who were well-versed in psychological tests, were concerned that Dr. Hardy and their daughter weren't a good match.

In retrospect, Dr. Hardy laughs it off. "Those tests are not considered good science from a psychological perspective."

Still, it was a lot of work to overcome the stigma involved.

"When you define a label and it becomes an aspect of your identity, you then seek to defend the label," he said. "It's a kind of cognitive bias that people engage in. We tend to overvalue our current perspective. We think that the person we are today is who we will always be."

But people change all the time. None of us are the same person we were when we were 15; our perspective changes over time, especially when we learn new information or encounter new technology.

This is the core idea of what Dr. Hardy means by embracing your future self rather than dwelling on your past.

But what does this have to do with the world of finance?

COVID-19 came along and upended the way so many industries operate. Recovery has been entirely contingent upon how easily companies are able to pivot and embrace the change. Industries that fostered built-in agility over the last decade have even managed to turn their adversity into success.

Banking is no different.

At the Digital Growth Institute, we've worked with bank and credit union marketing, sales, and leadership teams for decades, and the vast majority of our research indicates that most of these institutions are rooted in legacy mindsets. This traditional banking model is built on physical, brick-and-mortar locations, and the commoditization of products and services.

Cultural change can be difficult.

As Dr. Hardy says, when you incorporate a label into your identity, you end up defending it even if it's not the right course of action.

But with the rise digital and the technological advancements we have seen in the fourth industrial revolution, or Age of AI,  consumers are more educated and empowered than ever before.

Financial brand leaders must transform into industry thought leaders, engage in a little critical self-analysis, and start fostering culture change rather than pledging fidelity to their past identity.

Dr. Hardy's book also centers on the differences between personality and identity. There's an important distinction there.

"You show up in different roles and different personas according to the environment," To him, those personas are rooted in the past and ultimately self-limiting.

"One reason people don't make improvements is because they spend way more time focusing on their past rather than envisioning their future. People act as if the future is a discovery rather than a decision."

Businesses run the same risk. Old ways of doing things become behaviors, which in turn become hard to break. Business leaders need to take the time to stop and think, focusing on their business's future instead.

"Sometimes people run enthusiastically in the wrong direction. Sometimes you have to stop and ask yourself, am I going the right way?"

The first step is declaring your intention to change and then implementing a system of personal accountability.

"Everyday I pick three things that I want to accomplish. We all have hundreds of things on our daily to-do list. These three things should be critical goals that foster personal improvement, and they should be separate from your everyday list. In the morning, I send those three things via text to a good friend of mine. I declare what I want for the future, then I build accountability by sharing it with someone else. At the end of the day, I check in with my friend and assess my level of success."

The same lesson can be applied to your financial institution.

Prioritize the change that you want to accomplish, and make yourself accountable to key stakeholders.

As Dr. Hardy so succinctly put it, "Simplicity creates motivation." That's the kind of agility you need in the current marketplace.

This article was originally published on January 5, 2021. All content © 2021 by Digital Growth Institute and may not be reproduced by any means without permission.

The Power of Narrative and Message in Financial Services

Technology Shouldn’t be the Focus for Transforming Your Financial Brand 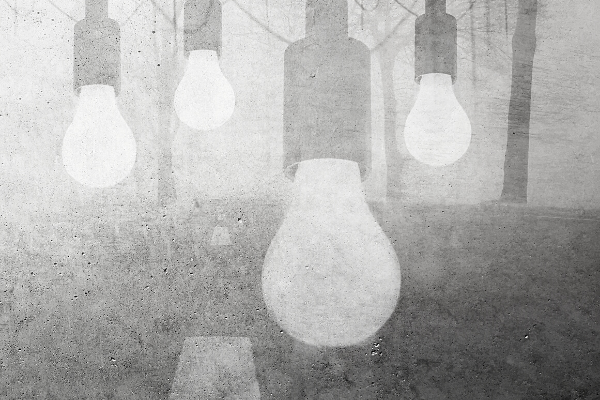 Digital Growth is Not a Marketing Strategy 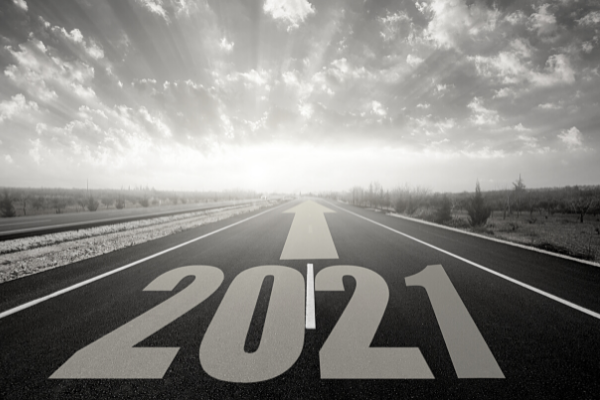 Channeling Your Digital Growth Strategy in 2021