Financial Brands, Are You Banking On Your Communities?

"A thriving community is the seedbed for a thriving financial institution.”  -Jeff Marsico

A healthy financial institution plays an important role in a healthy community. Together, banks and communities help people prosper. But too often, there’s a disconnect between a community bank's mission and its community's actual health.

Jeff Marsico, president of The Kafafian Group, Inc. and author of several books, is an expert in the transformative power of community banking.

The Heroic Nobility of a Local Bank

Capitalism gets a bad rap. Although it helps people thrive, its dark sides occasionally overshadow the good it does in society. Jeff shares a quote that sums up his view of business and capitalism.

“Business is good because it creates value. It is ethical because it is based on voluntary exchange. It is noble because it can elevate our existence. And it is heroic because it lifts people out of poverty and creates prosperity.”

Jeff is a fan of the book Conscious Capitalism by John Mackey and encourages people to read it as a reminder that capitalism is a force for good in the world. It lifts people up, providing opportunities to succeed in many other ways.

Banks are the “center cog” in a complex societal machine, Jeff says. A financial institution distributes, lends, and exchanges money in a way that supports people and allows them to thrive. A bank is in the perfect position to do even greater good.

Take a look at Triumph Bancorp out of Dallas, Texas. They addressed the friction in handling payments within the trucking industry and decided to assist independent truckers with managing their bookkeeping more easily. Now they’re helping this specific niche of the community thrive and grateful truckers love them for it.

The example above illustrates how the notion of community is changing. Communities aren’t just local areas defined by ZIP codes. In the digital age, a community can be defined in many ways, most of which aren’t based on geography.

As a financial institution, redefining the idea of community doesn’t mean you give up on your local community in the area you traditionally serve. It just means your company is adding niches that you connect with on much deeper levels.

Consider the community credit unions that have focused on teachers or farmers for decades. Just as they’ve done, you can focus on a certain type of specific digital niche and make choices about resource allocation to reach. Bond with them and show them you care about their wellbeing.

When Jeff examines public and non-publicly traded financial institutions, he sees common roadblocks to transformation. These are embodied in certain stakeholders.

In doing day-to-day business, the emphasis on these stakeholders will stifle change. You’re always worrying about, “What will the shareholders think?” or “What will our long-term employees think?” Any decision that might be transformative or innovative is squelched under the pressure to keep these people happy.

What about your other stakeholders, like your customers? Ultimately, the customers suffer when the shareholders and employees are always more valuable.

The Cultural Impact of Remote Work

The stakeholder issue dovetails with the issue of cultural change. Financial institutions have notoriously old-fashioned, entrenched cultures that are highly resistant to change. Although the COVID-19 pandemic forced many firms to alter how they did business, the changes haven’t been as revolutionary as you might think.

Jeff says the shift to remote work has actually slowed down the process of transformation at many financial institutions. Now it takes extra effort to schedule a Zoom meeting, share your screen, ensure everyone has the pertinent information in the right channel, and finally move a few ideas forward. It’s almost excruciating to try to pass along institutional knowledge that was easy to acquire in a traditional office setting.

Jeff notes that being overloaded is an issue too. Most financial employees are now doing what they did pre-pandemic, plus 5% more work. For some people, this could be 30% or even 50% more work due to retirements, layoffs, and hiring/retention issues.

Where’s the time for innovation? There’s not much left.

Success (and Failure) Through Partnerships

To overcome the enormous obstacle of time pressure, companies must embrace a culture of trying new things without punishing failure. When your employees have the time and wherewithal to try something innovative, they shouldn’t be penalized if it doesn’t work out.

If your financial institution just can’t accomplish a certain level of transformation using its current resources, partner it out. Jeff shares the example of Ponce Bank, a New York metro bank that assists its local immigrant population. They partnered with the fintech firm Grain Technology to try something innovative.

The duo used artificial intelligence to identify creditworthiness among people without long credit histories. Then they offered certain customer groups loans, giving them a leg up at times when other banks would traditionally turn them down.

The important point here is that during the initial stages of the Ponce Bank/Grain Technology partnership, about 25,000 loans through the program didn’t work out. So it would be easy to view this as a failure, but it’s also been successful in another way.

Now Ponce Bank is viewed as a source of opportunity for many New York immigrants. People who might have previously felt shut out from the financial industry now have a friend in the banking business. That’s a big win for both the customers and the bank.

Going for the Carrot and Not the Stick

Rather than focusing on punishment, a learning-focused organization accepts that new ideas sometimes flop. Move forward with confidence anyway! Learning organizations are willing to take chances and view it all as a learning experience.

Related Content: Innovation and an Open Mind Is the Key to Success For Financial Brands

Although financial institutions have a reputation for being risk-averse, they don’t take zero risks. They take calculated risks, understanding that a small percentage of loans or investments won’t work out. Innovation requires the same type of careful but not overzealous risk management.

In terms of employee accountability, share feedback without being negative.  Focus on what your people are doing right and give tips for what could help move things forward productively.

Develop a positive accountability culture where people aren’t afraid to learn, try, and share the results - all in the name of helping everyone thrive. This is the key to creating a company culture that supports its community successfully for decades to come.

This article was originally published on June 24, 2022. All content © 2022 by Digital Growth Institute and may not be reproduced by any means without permission. 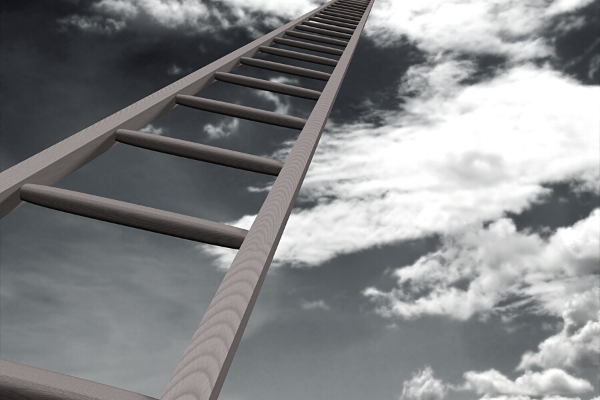 Is the 1% Barrier Limiting 100% Digital Transformation?