There has been a great deal of discussion surrounding the exponential growth and digital adoption that’s happened since the beginning of 2020. The rate of technology growth and digital transformation that took place during the height of the COVID-19 pandemic accelerated at the pace of several years in just a few short months.

But there has been a lot less talk about the teamwork that’s required to pull off such feats.

Dan Sullivan, co-founder and president of Strategic Coach is a visionary innovator and gifted conceptual thinker with more than 40 years of experience as a highly regarded speaker, consultant, strategic planner, and coach. Dan is also the author of over 30 publications and books, including his most recent one, Who Not How.

Dan has witnessed much of this digital transformation over the past few months and has a great deal to contribute about the importance of working as a team.

Achieving Goals Is a Question of “Who,” Not “How”

Since the 1970s, Dan has been a coach in one form or another. And around that same time, he learned about an emerging technology that intrigued him: The microchip.

When he heard that the historical shift the microchip would create would likely be equivalent to that of the printing press, he knew technology was worth his attention.

And paying attention to technology for nearly 50 years, Dan had developed a deep interest in technology, which has served him in his role as a coach for financial brands and other organizations looking to advance their digital transformation processes.

It also means he develops plenty of ideas.

Dan brought up the idea of procrastination—a common theme in digital transformation in the financial industry. Dan shared that for many, procrastination is a source of guilt. Dan himself admits to being a big procrastinator. But at the same time, he shared that he’s a big goal setter.

“I see things in the future and I set goals.”

But Dan turned this idea on its head. "What if it's wisdom? What if the procrastination is telling me that it's a great goal, but I'm not the one to do it and that instead of asking myself, ‘How am I going to get there?’, I should ask, ‘Who's going to help me get there?’, or ‘Who's actually going to achieve it for me?’”

He described this revelation as feeling like a lightning strike—and incredibly helpful for his work as an entrepreneurial coach.

“Everything you're doing is to get entrepreneurs to be the visionary, to lay out the future for other people, and then put together teams of people who... have much better skills than the entrepreneur to achieve it.”

Suddenly, achieving the goals he and his clients kept envisioning became a question of who can help achieve them, not how to achieve them as individuals.

And so the idea for his book, Who Not How, was born.

Even the realization of the book itself is a perfect illustration of his concept. He created a small booklet to share with his clients but also sought the wisdom and help of others to negotiate the publisher, the contracts, and the writing.

Dan came up with the concept and worked with a team of experts to bring it to fruition.

Digital Innovation Is a Team Sport

The world of FinTech has been, up until a few months ago, a slow-moving target. Historically, banking has been about the physical world of brick and mortar branches. The COVID-19 pandemic was a forcing function that brought financial services into a technical space.

But many brand leaders are unsure of how to start, or where to begin.

Dan explained, “It's basically because your thinking doesn't go any further than your previous experience.”

In other words? Financial brands are hindering themselves; they’ve created a higher need for a capability that exceeds their experience, and they need the right team to get it done.

Dan said these goals are the perfect opportunity to reach out to experts who can collaborate and help you achieve your goals.

“A lot of people give up on goals simply because they get that procrastination feeling.” He shared. "Pay attention to your procrastination. It's your wisdom saying, it's a great goal. But now start spreading out and creating networks."

Banks and credit unions looking to expand their technology can’t have people with no experience leading the charge for digital transformation. You need to bring on team members who excel.

Adding more checklists and more to-do items can expand your reach. But it also expands the complexity of it all. And in these instances, what’s more important than teamwork?

Collaboration centers around the idea of abundance; that there's enough to go around for everyone. But this also requires clarity and something that Dan refers to it as the impact filter.

This impact filter refers to how to detail a project so team members now only understand why it’s necessary and so important, but also what the project will look like when it’s finished.

This impact filter requires us to stop doing so much and focus on one of the four digital growth operating environments at a time. In the world of digital growth, you can truly only be doing one of these at a time:

Dan credits a lot of his success to his very narrow focus. His lesson on this? “Don't try to be everything to everybody. Just pick the type of person that you're going to be a hero to.”

For himself, Dan sets a very narrow field for the kind of people he coaches so he can put himself in the right headspace for each one, meeting with some of them every quarter for 30 years.

He explains, “We want to be heroes to these people, which is only possible through specificity and clarity." He continued. “We want them to bring in their complexities and leave with simplicity."

Make Your Future Bigger Than Your Past

Dan isn’t afraid to volunteer his age. Being born in 1944, Dan has seen many people around him let opportunities pass them by, especially as they decide they are nearing the end of their careers.

But this mindset? It’s deadly. It’s where growth stops. Unless leaders are always searching for ways to make their futures bigger than their pasts, they lose momentum.

In the financial world, this will transform the way that the industry thinks about money. And it’s a chance for banks and credit unions to avoid giving in, and to make the future bigger than the past.

Dan is currently a proud American living in Toronto, and the COVID-19 pandemic has made him increasingly aware of borders.

What does this mean for financial brands looking to make their future bigger and brighter than their past?

“Physical borders are going back up, but FinTech jumps over the borders. So. what you have is a bordering of the entire physical world. But in the digital world, you can cross over those barriers. The only question is, do you have the mindset? Do you have the goals? Do you have the vision? Do you have the willingness to be great at teamwork with other people who may live time zones away?”

He continued. “The whole notion of globalization, it will only happen in the digital world. It will not happen in the physical world.”

Banks and credit unions take note: The banking space is the biggest opportunity to stop looking at FinTech as the competition. FinTech has its own challenges; they have the capabilities, but they need exposure. Traditional incumbent banks have the exposure, but they lack the capability.

When incumbent banks and FinTechs collaborate and work as a team, everyone wins. Everyone gets to make their future bigger than their past, and brands—and their customers—benefit.

This article was originally published on September 23, 2021. All content © 2022 by Digital Growth Institute and may not be reproduced by any means without permission.

Gratitude: The Most Important Element for Success for Banks and Credit Unions

Investing in Your Personal Brand 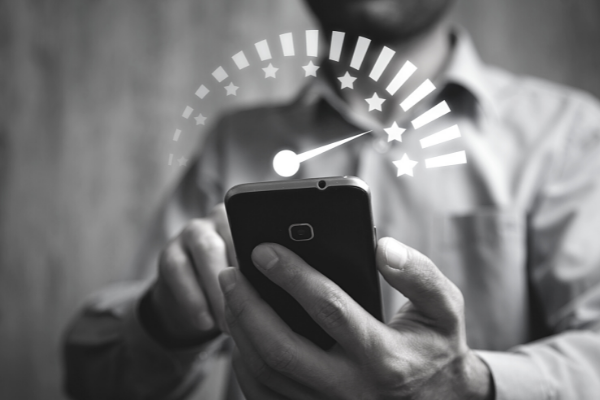