The Commoditization Trap and How Your Financial Institution Can Escape It

Financial brands are leading people through this post-COVID world.

They are the shining light for others.

They are a rock for their communities.

Financial brands are helping people navigate the financial chaos that COVID has brought so many, and their future depends on their ability to escape the Commoditization Trap.

The future of your financial brand's growth is far beyond the promotion of commoditized products and services because your brand is driven by a purpose that puts the transformation of people over the transaction of dollars and cents.

One brand that has successfully done this is one I have talked about before: TOMS.

In Episode 30 of the Banking on Digital Growth Podcast, we started to explore the story of TOMS shoes and how they were able to build a brand beyond the commoditized world of shoes. They were able to do this because they built a business around purpose. And when they lost their way, when they forgot their purpose, they began to just look like every other company selling shoes.

This is exactly what I have observed over the last almost 20 years of studying, advising, guiding, and coaching financial brand marketing, sales, and leadership teams when it comes to positioning through the lens of digital. The vast majority of banks and credit unions continue to promote the same great rates, amazing services, and commoditized lists of lookalike product features on their websites, digital ads and email campaigns.

The good news for you is that it does not have to continue to be this way. You can escape what I call the Commoditization Trap, which is really just a race to the bottom.

Now, often when I share the stories of TOMS with financial brands, they have trouble applying those lessons to themselves. They often doubt the potential for what I call Banking on Purpose to be an accelerant, a driver, a differentiator for their future digital growth. That's when I tell them that there's another way. There is actually another company who's applying this thinking in a commoditized marketplace: Bombas.

Bombas has become known as "the TOMS shoes of socks," because of their similar socially-conscious business model, and, of course, because socks and shoes go together hand-in-hand—or foot-in-foot.

Bombas was founded in 2013, and the company was built on the purpose of supporting the homeless community and bringing awareness to a growing rampant problem. Like TOMS, Bombas' business model was built around the BOGO—buy one, give one—model. For every pair of socks Bombas sold, the company donated a pair to the homeless.

But also like TOMS, Bombas’ business model is not just about charity.

It is about business.

It is about growth.

t is about profitability.

But that growth and profitability come from helping other people outside of the organization, outside of the traditional key stakeholders of the company.

How did Bombas choose its cause? Similar to TOMS, Bombas was born out of a genuine need to serve and help others and create values for others beyond the company.

I use this example of Bombas when I talk to financial marketing, sales and leadership teams to show that TOMS—the story of TOMS—is not just a one-off fluke. Bombas’ story makes the case for profitability around banking on purpose, or for purpose-driven brands, especially when those brands, like banks and credit unions, are competing in commoditized markets.

What about profitability? That's what all business leaders and executives really want to know about.

Yes, proﬁt can be deeply rooted in a purpose that transcends dollars and cents.

So how proﬁtable is Bombas? Well, we need to look at their business model. Their socks are not cheap. For example, a 12-pack of women's ankle socks cost around $145, while a single pair of men's is $12. So, like TOMS, these socks are not for everyone. But also like TOMS, the story of Bombas demonstrates how commoditized products do create a triple threat of tremendous value for multiple stakeholders.

When we look at the value creation in 2018, Bombas ended the year with $102 million in revenue. Who would have ever thought the lowly, unglamorous, sock could be transformed into a purpose-driven powerhouse brand driving more than a hundred-million dollars in revenue.

So what's next for Bombas? Well, they're continuing to fulfill and live out their purpose-centered brand as they journey down the path of putting other people first. In fact, they've moved into the T-shirt space. For every T-shirt sold, they donate a T-shirt to someone who needs it. As of Summer 2019, they have already donated more than 18 million pairs of socks and shirts.

So, clearly, purpose is a very powerful way to create value.

It's a way to drive revenue.

It's a way to drive profits.

And this is even more impactful for brands competing in commoditized marketplaces, selling commoditized products. And this is true, regardless of if your product is socks, shoes, checking accounts, or loans.

In fact, there's a lot of evidence that purpose-driven brands are continuously outperforming traditional ones. This is true from both a financial standpoint—i.e. the bottom line—as well as in terms of creating an exponential triple threat of value for the company or the brand, its customers or its account holders, as well as for the community in general.

So if purpose-driven companies are not only competing against but crushing the competition in commoditized marketplaces, what can your financial brand do to bank on purpose?

This article was originally published on December 11, 2020. All content © 2022 by Digital Growth Institute and may not be reproduced by any means without permission.

Using Your Brain to Change Your Financial Brand for Good

The Power of Positive Financial Partnerships 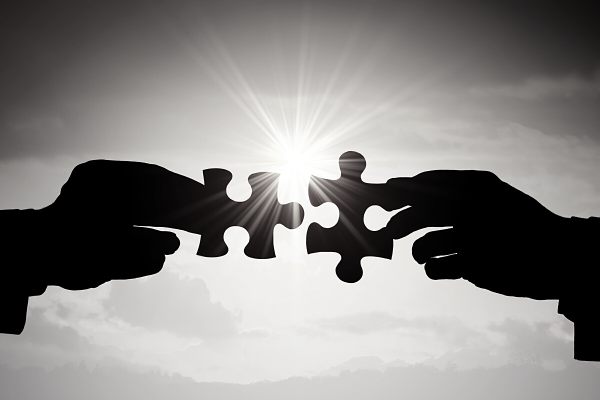 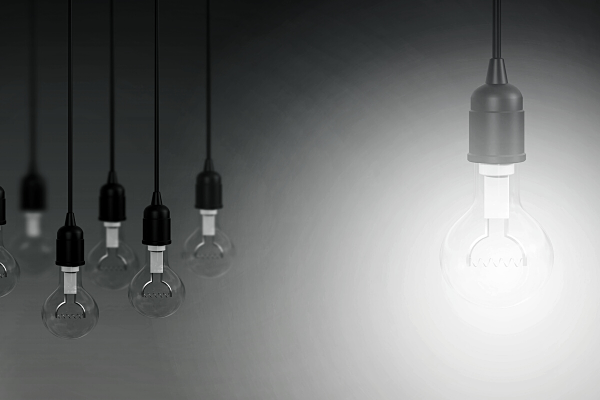 The Power of Social Content to Convey Thought Leadership