30. Positioning Your Brand Beyond Commoditization

Greetings and hello. Thank you for tuning into the 30th episode of the Banking on Digital Growth podcast, where I, James Robert Lay, your digital anthropologist, help you to simplify the biggest digital marketing and sales strategies that empower you and your financial brand to generate 10 times more loans and deposits. Today's episode is part of the By The Book series where I share insights from my best-selling book, Banking on Digital Growth, The Strategic Marketing Manifesto to Transform Financial Brands.

But before we get into today's discussion, I'd like to thank Craig for his Amazon review, where he shared, "The Strategic Marketing Manifesto is a framework that delivers what most thought leaders are afraid to; specificity. This book isn't just another poetic muse about digital what ifs. Instead, James Robert delivers a plan filled with practical examples and supporting data to get your organization on board with the changes necessary to thrive when so many institutions are coasting into obsolescence."

Well, thank you very much, Craig, for the Amazon review, and I do appreciate your feedback. And to your point, Craig, about change and getting others on board with change, one of the best ways to do this is by establishing a digital growth purpose. That's exactly what the founder of TOMS Shoes did, as he got an idea for a business model when he was traveling through Argentina in 2006. He noticed the need and that need really get him thinking. And in this part of the world, in Argentina, what Blake saw was there was a lot of children who were growing up with no shoes to wear. They were always barefoot.

So not long after that trip, Blake started a company out of his apartment and that company is what we all know today is TOMS Shoes. And it really began with a purpose. TOMS set out not only to sell just another commoditize shoes, but in their own words, their purpose was two words; improve lives. And the premise behind this business model was that for every pair of shoes that they sold, they would donate a pair to a child in need. They were really the founders of this, what they called the One For One approach, which TOMS trademarked. And really create the whole category of purpose-driven brands, because their idea of giving away an item for every item they sold became copied and replicated by other companies.

And so what began is the simple idea really evolved into a powerful growth model. And the numbers speak for themselves. Since 2006, TOMS has donated more than 88 million pairs of shoes to children. And when you think about this from an economic standpoint, with the average price of their shoes being $54, and the average cost of goods sold per pair is just nine, clearly their purpose-driven business model has created almost a triple threat of value for consumers, for kids in needs, and also for the company itself. Purpose is what gave TOMS a huge strategic, competitive advantage in an otherwise commoditized shoe market.

But it hasn't been smooth sailing. It hasn't been easy every step of the way for TOMS because around 2011, 2012, the story of TOMS took a bit of a rocky turn. And truth is, the company lost its way when they began to go down a path of conformity, which led to commoditization. You see, TOMS became focused on chasing growth and revenue, and they lost sight of their purpose. So to support their expansion efforts, TOMS started to roll out new product lines. And whenever they did this, they began to move away from what had made them successful in the first place, which was their purpose, the One For One philosophy. And when they did this, they started to fall back on traditional marketing campaigns and marketing strategies that required very expensive lifestyle shoots and media ad buys.

And so when the company was struggling, their CEO Blake decided to take a sabbatical, to step away, to step back, reflect on where he been or where he was and where he needed to go next to transform TOMs and get them to the next level.

And on the sabbatical, what he realized was that the company had become much more focused on the process and the promotion of commoditized products instead of their purpose. They had been concentrating so hard on what the business was doing and how the growth of the business was going to perform, that they forgot their why, they forgot their purpose, which was still to improve lives. And just those two simple words, improve lives, that simple formulation and the determination behind it, the purpose, is what had always given TOMS their greatest competitive advantage. It's what allowed them to build an emotional bond with their customers, and really for that matter, their culture, their employees.

This two word, improve lives purpose was the motivational factor driving both groups, the internal and the external stakeholders. And for people shopping for the shoes and the people working at TOMS, improving lives and made them feel part of something bigger than themselves.

Years later, reflecting on some of the missteps and failures, TOMS' CEO, Blake really thought about where things went astray. And what it was, what he came to the conclusion is that it was commoditization. They started doing all of the same things that every other footwear company does.

Now, think about your financial brand, how you position yourselves, how you go to market, how you communicate. Are you promoting the same great rates, amazing service and commoditized laundry list of lookalike features? Are you doing R&D? And this is not research and development, it's ripping off and duplicating what other financial brands are doing. Or are you committing and doubling down on a purpose that is unique to you, your financial brand, and really the people in the communities that you serve?

So let's get back to the TOMS story. In 2015, Blake had stepped away as CEO, but he stayed on to help drive the company's purpose. He had acknowledged that the story of TOMS and their purpose were so tightly aligned, that when he was reflecting on this with fast company, one of the key insights he shared is this. And I quote, he said, "I realized the importance of having a story today is what really separates company. People just don't wear our shoes. People tell our story."

And when we think about that, think about your financial brand again, for a moment. Are people just banking with you? Do they just have a checking account with you, a loan with you, their mortgage with you? Or are people believing in your purpose and telling your story to their friends and family?

After Blake had stepped down in 2015 as CEO, TOMS brought in a new CEO who was Jim Alling. Jim came from Starbucks and T-Mobile. And Jim was talking through the next steps of TOMS and where they were going to go, moving away from promoting and pushing product, but getting back to evolving and growing the spirit of its original purpose of improving lives.

But at that point, it might've been a little too late for TOMS to save themselves because they had lost their way. And that's a key lesson for all financial brand marketing cells and leadership teams, because in December of 2019, TOMS was in a really bad place. They had to bring in some new private equity, new investors. But the hope was this. The new owners still faith in the brand and were willing to invest further to double down on TOMS purpose.

And so TOMS has continued to evolve and change their strategy, coming back to their core purpose. And there's really no denying here. If you look at the story of TOMS and what made them successful in the first place, that purpose, those two words, improving lives, but then they lost their way when they started to focus on growth for maybe even growth's sakes and commoditizing their product, there's no denying how hard it can be for brand to make the kind of changes that TOMS has had to make over the years to find their way back to their purpose.

But in the case of TOMS, it's really their boldness and their courage that could be what helps them to continue to move forward and create value in a world beyond just selling a commoditized product. And that's my hope for you. That's my hope for your financial brand, that you can have that same boldness and courage throughout your entire organization to begin banking on purpose, and position your financial brand beyond the commoditized promotion of lookalike products and services. But really commit to put the transformation of people, the transformation of people in the communities that you serve over the traditional transaction of dollars and cents. As always, and until next time, be well, do good and wash your hands.

Purpose guides and gains support for your digital growth…

But be warned, straying too far from it could lead to ruin.

Just look at what happened to Tom’s Shoes.

In the latest episode of Banking on Digital Growth, I take a look at why purpose is the bulwark standing between your brand and the sterile commoditization that can destroy it.

The rise and fall of Tom’s Shoes is a cautionary tale every financial brand would do well to learn from.

The meteoric rise of the business happened for one reason:

Tom’s wasn’t guided by attempts to clone its competitors — it had a mission.

No, people flocked to Tom’s Shoes because of its charitable efforts and simple two-word purpose: Improve lives.

But somewhere along the way, the company lost sight of that purpose.

Instead of improving lives, the company spent its energy commoditizing products and putting revenue over purpose.

And it led to their downfall.

They lost the support of their customers because their story stopped being something to share with friends and family.

Its story became the same as everyone else’s — and customers were sick of hearing it.

If you want customers to tell your story, it’s time to start banking on purpose.

This article was originally published on October 14, 2020. All content © 2020 by Digital Growth Institute and may not be reproduced by any means without permission.

29. Using Your Brain to Cope With Change (With Melina Palmer) 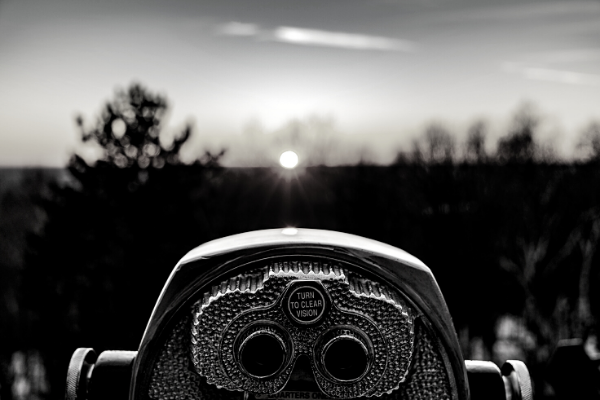 36. Your Purpose Is More Important Than Your Vision 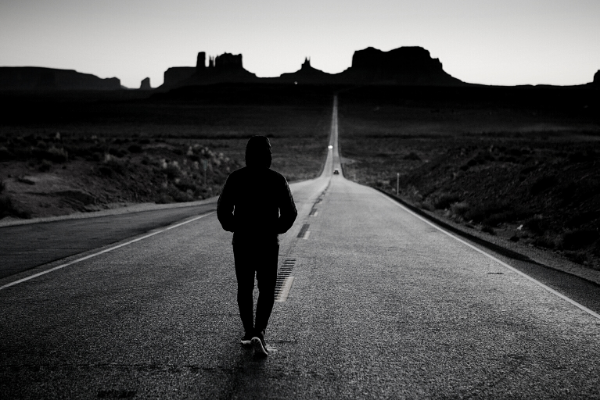 33. How to Escape the Commoditization Trap

27. A Digital Experience: Marketing to People in the Age of AI