How to Maximize Your Financial Brand's Growth Potential

Arguably the greatest basketball player of all time.

But as many of us recount, in-part thanks to the recent docuseries "The Last Dance," Michael couldn't seem to land a championship during his first six years in the NBA, despite his unbelievable talent.

And, as they say, the rest is history.

Six championships. Two three-peats. A dynasty in every sense of the word.

Our capabilities and possibilities can be multiplied, even exponentially, by simply identifying our

Who: someone to give us the ability to go beyond what we could do alone.

Michael had Scottie and Phil. Who are your Whos?

Ask Who Not How

In the book, “Who Not How,” Dan Sullivan and Dr. Benjamin Hardy provide insights and real-life experiences into how teamwork can accelerate growth, both personally and professionally.

When you want to accomplish something, stop asking, "How can I do this?"

How leads to procrastination.

What if we asked a different question?

Dan Sullivan, coach and entrepreneur teaches us to ask, "Who can do this for me?"

We've been taught since elementary that getting help is cheating, but in the business world, finding your Who is vital to success.

Let the Who do the How.

Who transforms and expands visions.

The book guides you to freeing up thousands of hours of your time to focus on the areas of your life that matter most, build teams to support your vision, or expand your capacity for wealth, innovation, relationships, and joy.

Like the Chicago Bulls discovered, it takes vulnerability and trust to expand your efforts to build a winning team. It takes wisdom to recognize that other people are capable of Hows.

Transformational leaders give the vision and get out of the way.

Spoiler alert: Dan Sullivan, whose concepts and experiences are detailed in this book, did not write it. This is not to say that Dan was not capable of such a task, but having a capability isn't an obligation to use it. Instead, Dan realized writing this book was simply not the best use of his time and talents.

That was Dr. Benjamin Hardy. He believed in the power of Who Not How and wanted to bring it to a larger audience through a book. Dr. Hardy shared his idea, and the next morning Dan had a one-page document outlining his vision for success. And that was it. Dan defined the vision. Dr. Hardy created the results.

Now before moving any forward, it should be known that Whos work both ways. They are a two-way relationship. Dan was also a Who for Dr. Hardy. He serves as a mentor and, in writing the book, he helped Dr. Hardy achieve his goals as a writer and entrepreneur.

There is no ranking system to Whos. It is simply a focus on unique ability.

There are four parts to the Who Not How theory:

“Research shows that only 16 percent of creative insight happens while you at work. Instead, ideas generally come while you’re at home or in transit, during relaxing and leisure. You need time and space and relaxation and recovery to allow ideas and solutions to ferment and form.”

So where do we get this extra time from? By identifying and investing in Whos.

This takes courage, faith, and commitment. Free yourself from having to do it all alone, and focus your time where it is most meaningful and effective. The result will leave you with newfound clarity and purpose.

Dan suggests starting off with finding just one Who for the next 90 days in whatever area of life you choose. Find one area of focus you would like to improve. Be clear and explicit with your goals, like Dan was with Dr. Hardy, and let the capable and brilliant Whos out there help you.

In the book, Dr. Hardy narrates the story of a young entrepreneur who made an investment in a driver for his business affairs. He found that while the initial fee was a hard pill to swallow, he gained 90 minutes back in his day to use preparing for meetings. Not only were his presentations more successful, but he was less stressed and more energetic.

See, it wasn't just about gaining more time to spend working. Because he was not having to worry about traffic, parking, and the logistics of transportation, his overall quality of life improved.

“You can survive without a community, but you can’t thrive without one," as Dan Sullivan says.

Sure, this particular entrepreneur may have found success regardless of hiring a driver, but he would not have reached his full potential and gained an improved quality of life had he not made the investment in his Who: the Uber driver.

When collaborating with Dan and writing this book, Dr. Hardy also needed a Who. In fact, he needed several Whos. There were roadblocks in his way that he didn't have the answers to, so he reached out to his trusted network.

As Joe Polish, founder of Genius Network, teaches, "any problem can be solved with the right 'genius network.'"

In order to build your own "genius network," Polish emphasizes the importance of understanding how genuine connection and transformational relationships work. Value creation must go both ways for collaboration to be meaningful.

At the Digital Growth Institute, we talk quite often about purpose-driven banking. In fact, we believe it is the core of digital growth.

You see, without purpose, your work can become shallow because it’s solely about making money. But when driven by a purpose, you stop doing the minimum required.

One of the quickest ways to expand your purpose is by expanding your vision. And through collaboration, we are able to transform our future into something bigger, better, and brighter than what we could achieve on our own.

We believe strongly in the value of a community. And to get the most value out of a community, we have to stop thinking about other financial institutions as competition.

As Dan and Dr. Hardy write about in the book, competition comes from a scarcity mindset and ego. And as Peter Thiel, co-founder of PayPal, bluntly declares, competition is for losers.

Dan Sullivan's concepts and experiences around "Who Not How, " coupled with Dr. Benjamin Hardy's insights, have created a truly transformational book. Whether you are looking to gain freedom in the form of time, money, relationships, or purpose—both personally and professionally—there are many lessons to be learned and applied.

Delegate everything except genius.

This article was originally published on January 15, 2021. All content © 2022 by Digital Growth Institute and may not be reproduced by any means without permission.

Marketing in the Age of AI

The Power of Transition: How Financial Institutions Can Embrace Change and Opportunity 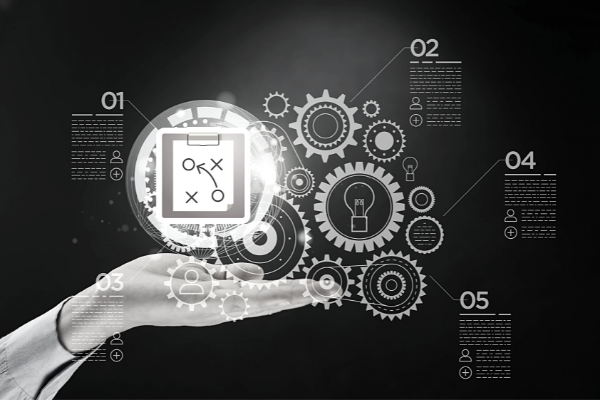 Bad Habits: The Best Way to Ruin Your Strategic Planning

The Power of Personal Branding in the Financial World 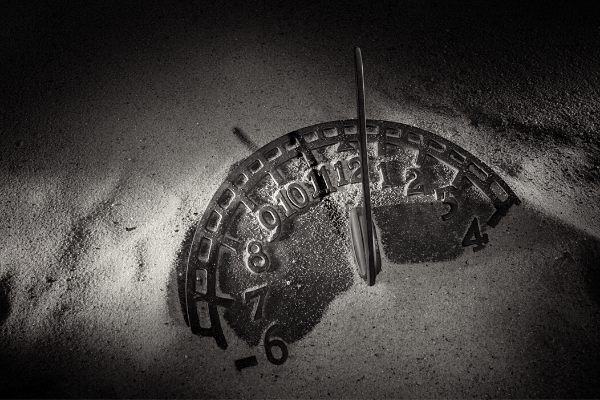 It's Time for Financial Brands to Stop Living in the Past