“If I was trying to design a car that served the needs of 300 million people, I'd end up with a pretty lackluster, uninteresting car. Because I'd have to address everybody's needs. But if I focused on people who want to go off-roading, I can start making more focused products, I can start thinking about designing a Jeep, something that's going to look very specific and have a value proposition. Banks are the exact same way.” --Jeffery Kendall

When learning to drive, why is it that new drivers steer towards what they want to avoid?

It’s because of a concept called target fixation—that the driver must look where they’re going to travel, not on the thing they hope to avoid.

The same applies to digital transformation.

Jeffery Kendall, Chairman and Chief Executive Officer of NYMBUS, is on a mission to help financial brands delight members and customers with best-in-class digital banking solutions—and he’s an expert in using target fixation to make it happen.

Bringing the Future into the Present Moment

Jeffery is committed to solving hard problems. And right now, the financial industry is facing some pretty challenging problems.

One of the issues that Jeffery sees across the nation right now is that community banks and credit unions are struggling. They feel squeezed out by big money banks with unlimited resources, while also seeing the emerging Financial Technology (FinTech), neobanks, and challenger banks encroaching from the other side.

Jeffery explained, “And the reality is that the attrition from customer's deposits, and business, is going elsewhere.”

Community banks and credit unions find themselves in a precarious situation.

This isn’t new; it’s been coming for years.

But now, the technology to do something about it exists. It’s time for banks to take this technology and build business processes that financial brands can use to survive and thrive in this new world.

It means bringing the future into the present moment.

JP Morgan Chase Bank spent $2.5 billion on marketing alone in 2019. How are small banks and credit unions ever going to be able to keep up?

It’s not about working harder or spending more; it’s about working smarter. And in today’s digital world? Technology is the multiplier that can help banks leap forward past the present moment.

In this instance though, “digital transformation” can be hard to pinpoint. Where should banks begin?

The real answer lies somewhere in the middle, aligning different internal perspectives and areas of expertise, including marketing, sales, and service, because, in the end, all three of these concepts are about people.

The future of digital banking is indeed all about people; about addressing their pain points, questions, and concerns, and providing solutions and experts they can trust to guide them.

Target Fixation: Solutions Must Be Customer-Centric

As the CEO of a software tech company, Jeffery admits it’s easy to get caught up in the features of technology solutions for banks and credit unions. But as he explained, “Where we've unlocked our growth is that we stopped talking about our technology.”

Instead, they talk about what customers want. By working to solve the big problems customers face, everything falls into place.

Jeffery compared this idea to target fixation. He put the two concepts together watching his kids learn to snowboard, constantly navigating towards the things they didn’t want to hit.

“The biggest thing that people make the mistake of is if they think they're going to crash into something, it's because they're looking at it. So, you have to look to where you want to go, and then everything else will just naturally follow. And that's my belief in leading digital banking, and talking about that with customers, which is we'll figure out the technology solution on the backend, but let's look where we're going. Let's make sure that we have a very clear picture of what it is that we're trying to get as the outcome, not just in terms of the project but in terms of the growth.”

He added, “And if you focus on that, everything else follows.” It means bringing the future back into the present moment.

Jeffery made an observation. “The road of digital banks is littered with dead banks.” There are countless examples of new digital banks that offer the same features, functions, and capabilities of larger, traditional banks. And the value proposition is nonexistent.

“Your value proposition is just that you're a digital bank,” Jeffery said. “There's no real compelling reason for me to move all my financial relationships over from my traditional bank to the digital bank.”

Consumers want options that improve their life; that enhance their financial wellbeing. It’s hard to get a value proposition right because banks think too broadly about their market segment.

He compared it to designing a vehicle.

“If I was trying to design a car that served the needs of 300 million people, I'd end up with a pretty lackluster, uninteresting car, because I'd have to address everybody's needs. But if I focused on people who want to go off-roading, I can start making more focused products, I can start thinking about designing a Jeep, something that's going to look very specific and have a value proposition. Banks are the exact same way.”

Instead, banks must focus on a niche or segment of the population, as this provides clear direction to create more meaningful solutions that are geared to a specific portion of the population.

One major shift in the digital banking landscape has been the number of resources required to start a segmented or niche bank.

Three to five years ago, this required dozens of vendors, tens of millions of dollars in capital, and a tremendous amount of complexity to get started. These banks didn’t have the luxury of appealing to a niche market.

But now, technology has evolved. Niche banks can come together for much less—often for the same kind of cost required to run a community branch—lifting the risk for banks to target a much narrower audience and compelling them to switch banks.

Jeffery explained that this will lead to companies that create a portfolio of niche banks that meet the demands of specific sects of customers. “As the cost per digital bank goes down, and the niche gets way more focus, you can imagine somebody having 20 digital banks as part of their banks.”

Think of today’s banks like big box stores. There are lots of products, and consumers can likely find everything that they need.

But there is another way to look at banking, one that is more like a high-end shopping mall, where there is a Cartier store, a Forever 21, a Rolex store, a Nordstrom, and a collection of stellar brands that all are very focused on the value they are bringing to a much more focused portion of the market; to a particular kind of customer.

“That's where I try to encourage banks to think about where we're going in the future, which is, ‘Don't think about your one big brand serving everybody, think about how am I going to go create brands that actually reflect the base of the consumer that I want?’”

Jeffery and his team are working on this idea right now, filling customer segment niches at different points in their life; starting with a niche bank for newlyweds looking to merge finances, pay off student debt, and finance their first home.

Then, they are building banks that serve the next need or stage in their customers’ lives, thinking about children, helping parents as they age, and planning for retirement. He elaborated, “As the newlyweds start aging and getting more mature in their life journey, then you move them over into this intergenerational bank, and now they're in a place that serves the needs of that stage. And it can be indefinite, the number of different stages that you go to, moving from one niche bank in the portfolio to the next to best serve their needs and delight them.

The Frustration of Legacy Tech Providers

As a software developer and provider himself, Jeffery shared that not all financial software brands are serving banks the way they should. He even published a piece about it on LinkedIn, in which he said:

"I'm frustrated by the legacy big tech providers. Their posts, their videos, their webinars, admonishing banks for falling behind and not investing in digital fast enough. It's like the captor telling the captive they should do a better job at escaping. Financial institutions know they need to find new ways to attract and retain customers. Our responsibility as tech partners is to remove obstacles to growth instead of moving the technology goal post, and then telling them that they're behind. They're behind because of you."

This article struck a chord with many readers.

Perhaps Jeffery’s honesty came from the fact that he’s an industry outsider; getting his start as a software engineer in the healthcare sector. But that’s also given him the freedom to ask hard questions.

“If you ask bank executives and say, ‘Hey, how do you feel about your relationship with your core banking provider?’ It's generally not positive. And in fact, the majority of the time it's probably more antagonistic than that.”

Financial institutions feel trapped by their core providers; the ones that they depend on to introduce new digital banking technology. But these providers may be five or six years behind the technology curve compared to other industries, and as a result, banks aren’t keeping up with where consumers want them to be.

Some of the business practices Jeffery sees happening in the industry—exclusive contracts and noncompete clauses—aren’t benefitting financial institutions or their customers.

It’s also not productive for innovation. After all, progress, growth, and transformation? They all start by telling the truth.

The more that the financial industry has honest conversations about the state of digital transformation, the easier it can be to create a mindset of abundance (instead of one of scarcity) and elevate the industry altogether.

Scarcity is a zero-sum game. It leads to competition, fighting, and no one winning. Banks want to innovate with new tools and technologies, but they can’t get what they need from these constricting legacy providers.

But the truth is, legacy providers want growth just like everybody else in the market. Jeffery shared though, “They're doing themselves a disservice by looking for growth in contract terms, and not in innovating and building new products.”

Jeffery believes the best way to end this cycle and meet the needs and demands of consumers today and in the future is to, “Think about your customers holistically versus just their banking relationship.”

“Before somebody ever opens up their mobile banking app on their phone in the morning, or during the day, they've opened up 15 other apps. They've done 15 other things. Think about what your product does in the context of their broader life versus just thinking about the particular transaction that you're trying to do with them.”

He believes that this will lead financial institutions to better understand their niche markets and discover how to serve them and ultimately, create deep, long-term relationships with them. It comes down to bringing all aspects of their life together in one place, not just serving them as their banker.

He summed it up, “And I think there'll be growth if you can figure out, and truly understand the customer.”

When banks put people at the center of all of their actions and truly commit to putting the transformation of people over the commoditized transaction of dollars and cents, that’s real target fixation. And that’s where change begins.

This article was originally published on September 24, 2021. All content © 2022 by Digital Growth Institute and may not be reproduced by any means without permission.

Investing in Your Personal Brand

How to Launch Purpose-Driven Digital Transformation at Your Financial Brand 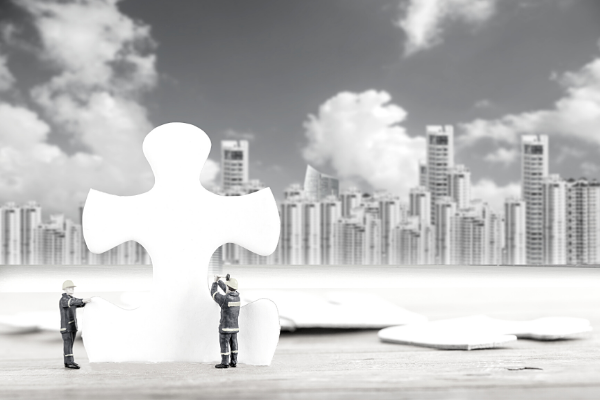 Watch Out for the Small Giants of the Financial World 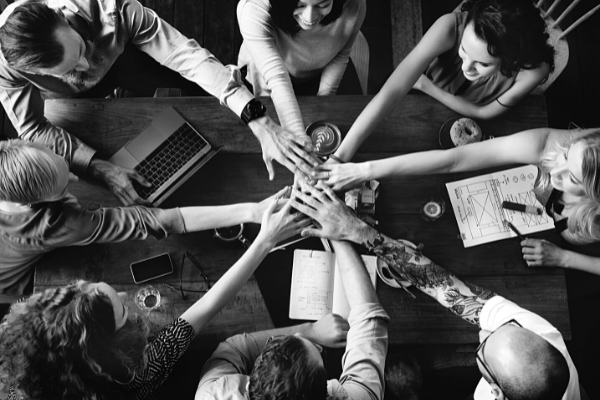